My vacation out to the Left Coast was remarkable. You couldn’t ask for a better time. I’m not the biggest fan of L.A. but my sister lives there so it brings it up a few notches. We then headed up the coast, through Santa Barabara and landed in the magical land of Big Sur. And I mean magical. The place is one of the greatest spots in our country. We stayed at Fernwood Resort, which is basically a few motel rooms, tent cabins and camping spots along Rt. 1 or Pacific Coast Highway. The owner, BBQ Dave, makes one of the greatest Rib Eye steaks you’ll ever have. He uses a peppery BBQ sauce, wraps the rib eye with a string, smokes it for a day and then throws it up in the grill to order. You could cut the meat with a spoon. Little did we know, Bobby Flay has approved this wonderful piece of meat – AND IT ONLY COST $18.95! 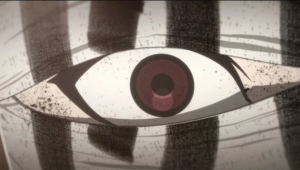 We got to hang with some old friends, recent San Fran implants, and smoked some stogies as a celebration for our gathering. It was also my birthday this past Saturday so we took in a ball game at AT&T park and saw a boring offensive game, 1-0, where the only run was scored by Barry Bonds, hitting his 739 homer. And guess who missed the homer. We got in at the end of the bottom of the 1st and he hit the damn thing as we were walking in.

My girlfriend and I are now completely obsessed with the city of San Francisco. We stayed just over the bay in Oakland in a part of the city called Ridgeport. It was a nice area and we could easily see ourselves living there. But as life goes, nothing is ever that easy. Unless you’ve watched the DVD The Secret then everything is easy, all you have to do is manifest everything and it will come to you, right?

Ok ok, it’s enough blabbering about my personal life. Now it’s time to get back in to the swing of things. I’ve been getting PR about the new Queens of the Stone Age album, “Era Vulgaris”, due out June 12th. So far they’ve sent me an MP3 and this YouTueb video called “The Bulby Video (F. Sick Sick Sick)”. It’s kind of interesting, funny but also a bit annoying. This is apparently the first single off the album, which features Julian Casablanca providing background vocals. I’ll have another song from the album up in a few days. I will also have a review of the Ror-Shak album, Deep. I’m hoping to have all these things and more up as soon as possible. Here is the QOTSA video: