I managed to get a couple of decent shots last night at LCD but again, nothing spectacular with the Casio.

Once again, James Murphy and company were impressive. A bit more so this time around as James wasn’t sick and they’re nearing the end of the U.S. Tour as they head home to NYC tonight for the final show. At the Bowery show in March, which was the first LCD show for me, I was very impressed by the energy and leadership that James shows on stage. He is a very unassuming frontman but pulls it off with such gusto.

However, this time around, I found myself spying on Al Doyle, the guitarist from Hot Chip, who joined the Soundsystem for this tour. Al was on point with his cue’s and was even making sure that everyone else was too. He was counting out the beats and coming up to the drums and hitting every chord with as much force as a right hook from ALI. 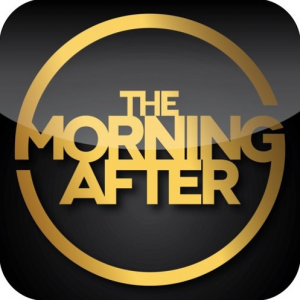 Still, it was the James Murphy show. With his towel in one hand and mic in the other, he belts out every lyric like it was his last breathe. He’s all over the stage but usually hanging out right near the drums as it’s quite clear he has a small love affair with this instrument. He plays a role in just about every instrument that is on stage, which makes sense as he plays every instrument on his albums. It’s the little things, a note here and there on the keys, a symbal mute to help the drummer and even helping Al to conjure up some nasty feedback during their hard rock punk tune that James mentioned was something a bit different then the usual before they began to play.

As for the song that really hit home last night, hands down it was “All My Friends” that wins the prize. “Yeah” may come in a close second but when James starts ranting, “Where are your friends tonight, where are your friends tonight”, and he kept going and going and the crowd kept on giving back with their fist pumps it sent shivers up your spine.

All in all, just another amazing night of music with LCD and just writing about them makes me want to hop in my car, point it south and except that extra ticket offer that is floating down there amongst my NYC friends.