Tonight is a special night for Boston based online social network, Going.com. They’re throwing down a party for their home town as they start to promote the heck out their new name. They were formerly known as HeyLetsGo and changed their name a few months ago.

What is their niche you may ask? Well, they put themselves inbetween Myspace and Evite. In three cities – Boston, New York and San Francisco – you can go on to their site and find out just about all the cool happenings in each city. Anything from shows, parties or even beer pong tournaments. As a member you can create invitations and extend those invitations out to other members.

As a promotional tool, they’ve joined up with JetBlue to offer free airfare to Going.com members between the three cities through sweepstakes. 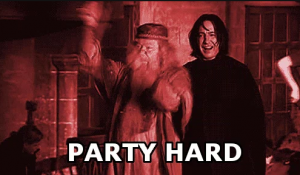 Tonights party in Boston is being held at the Mansion at 1 Boylston Place. The party is free to Going.com members, you just have to RSVP (click here to RSVP). While it’s free, you must get their early as it may fill up quick and they’ll turn you away if the bar is full, or make you wait.

It’s the last party in a three party series that Going.com kicked off in San Francisco on May 2nd and worked their way over to NYC for a party at Hiro Ballroom on May 10th where Albert Hammond Jr. played. Tonights gig brings Perez Hilton, the infamous Hollywood blogger, and Lady Sovereign, the self-destructing female rapper from the UK (read and watch her antics down in Brooklyn from Vegan).

Should be an interesting night.