They also have a ton of pop bands that are aiming their mics at the shores of the U S of A. The most recent Swedish implosion coming from Peter Bjorn and John. But there is another group, or rather, artist, that I’ve been listeing to. The band is called Loney, Dear and I give you a short song review from their album, Loney, Noir.

It amazes me to listen to music produced by one man when it sounds so much bigger. It’s not just a testament to the artist but to the evolution of music production and tools that we now have at our disposal. But lets be frank, without the artist the tools are just objects. Emil Svanangen has been praised by his home country of Sweden as “one of Swednes, if not the world’s, absolute best bands right now” (Dagens Nyheter, Swedens biggest daily newspaper). 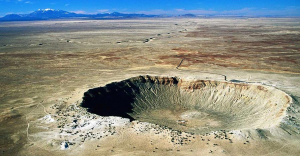 That might be a bit of an overstatement but there’s no question Emil has exceptional skills when it comes to writing a pure song. With “I Am John” the essense of purity is abound. He has chimes, a basoon, stomping, falseto pitches and it all comes together with one transition to the next. The song just builds and creates an epic sensation in your bones, the kind that shoots your hairs up from the roots. And yet, it is only one man at the knobs. Quite impressive. He is joined by friends during his live act to help keep the sound of the record, Loney, Noir, in tacked.

Buy the Album From Sub Pop (US Label)

Pre-order if you live in the U.K.

Loney, Dear is currently on tour, opening for U.S. Label mates, The Shins. Visit his website and myspace page to learn more about the tour and the music.

Saw these guys (Lonely, Dear) open for Of Montreal on 3/22 in Asheville NC. They were remarkable. Wish i could find an MP3 copy of their opening number, something about SATURDAY (?). Even Swede-pop, they reminded more than anything of what i like best about Small Factory/Halo Bit. Lead guy has a strange style, strange crowd-control–his humming and getting the crowd to hum and so on–sounds cornball, but worked/went-over really well, at least down there.