This usually happens around this time of year.  I go away a lot, especially on excursions north to the Maine coast and to some weddings, which drags down my blogging capabilities.  It also doesn’t help that I’ve started a political blog.  Lord, when will I stop blogging, I ask.  Never, I say.

But to add to the hiatus I moved into a new apartment in July and still don’t have Internet at my the new spot.  Lord, will I ever learn it’s the life blood of a blogger.  So here I am, trying to catch up but don’t really have much to say other then Dr. Dog and Broken Social Scene both came out with their latest sounds this week and I’ve been delving into both.  And it helps that right now there is a giant band of green, blue, red and yellow over our heads, or at least that’s what the radar tells me.  So I’ve got some time at the end of the day here in my office, which has the Internet, to populate the square.

Broken Social Scene Presents:  Brendan Canning “Something For All of Us”

Those who don’t know, Broken Social Scene are creating a series of Broken Social Scene: Presents… which takes the long list of contributing BSS members and highlights their song writing capabilities.  This release highlights the second in command, Mr. Brendan Canning.  The album is entitled, “Something for All of us…”, and based on the Arts & Craft landing site for the album, Brendan likes to take it all in himself.  So lazy those Canadians and their “futbol”.  But seriously, the album, so far so good to these ears after one listen in.  The great thing about these albums is they all sound very, well, Broken Social Scenish.  But those who know the band know that a lot of sounds and influences go into each song.  On the “…Presents” albums we’re hearing a microcosmic BSS and based on the first two, I’m really looking forward to hearing more. 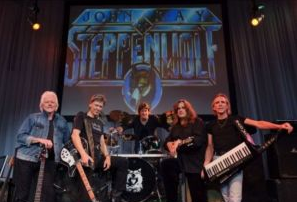 Dr. Dog’s latest release, “Fate”, off of Park the Van (Philly based label I may add), has been dawned a masterpiece and also the best album so far in 2008 by a close friend of mine who at times, I respect for his musical taste.  I caught the Dog back in early June when they came to Harvard Square for a free show that ended up being inside at John Harvard’s due to weather.  They had already been canceled back in May, when Harvard Square had it’s annual May Fair, due to weather so the organizers weren’t going to let us down again.  Thankfully, the John Harvard folks were accommodating and us lucky Cantabrigians got to see some really great free music.  I remember they played a few of these new tunes at the show and thinking to myself, “oh boy, they’re gearing up for something special.”

A commenter over at Aquarium Drunkard today made a good point by saying, “I love their sound, but the problem is that the records don’t really do their live shows justice.”

So if you’re on the fence about Dr. Dog, I and Chad (above commenter) suggest you catch them live.  Where can you do this you may ask, check out their full tour line up HERE cause I’m not putting that beast of a tour in this post.  Would take up most of the page if I did.