We’re all familiar with the eMusics and the Rhapsodys of the world. There are new concepts arising every day when it comes to the distribution of digital music. Just recently, one concept got a pretty nice boost from major players in the indie world.

The site Amiestreet.com was created about two years ago by three Brown University grad students(Elliott Breece, Josh Boltuch and Elias Roman). When they first launched the site, they only had a few labels and some indepedent musicians that were providing their songs for download to the Amiestreet community. And that’s just what this site is all about, the community.

I also like to compare this site concept to the stock market. Every member of 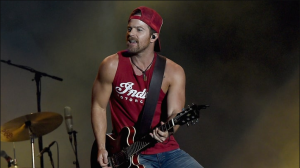 Amiestreet is given the capability to give a REC to a song (that’s short for recommendation). The member can also write a short little comment about why he or she likes it. The more REC’s a song gets, the more it goes up in price. Songs range from FREE to no more then $.98 depending on their popularity. And, if you provide a REC to a song and over time it gets more REC’s and the cost goes up, your account gets a certain amount of credits depending on how much it rises in cost. Each credit is worth a song download. And to get these sought after REC’s you have to download songs (1 song= 1 REC).

For all you artists out there, Amiestreet lets you keep 70% of the proceeds from the sale of your songs except for the first $5, which covers the cost for storage, maintenance and bandwidth. There is also no commitment that says you can only sell your music through their site and no other outlet.

When I first heard about Amiestreet.com a little over a year ago I thought this was a great idea. And I wasn’t the only one. It was just announced that artists from Matador, Beggars Group and Polyvinyl Recording will be available through the site. That’s over 15,000 songs! This includes such artists as Yo La Tengo, Cat Power, Tom Yorke, The National, The New Pornographers, Pavement, Belle and Sebastian, Of Montreal, Interpol, and a Square favorite, Stephen Malkmus. The list goes on. The service also has the recent hyped up fellas from Columbia University, Vampire Weekend, available.

It doesn’t take much to sign up (username, password, email and your location). There is no commitment to purchase any music as there are tons of songs available for free. However, if you want the good stuff, you’ll have to penny up. Or perhaps you can fulfill that dream of becoming an A&R rep and discover a band or artist before everyone else and load up on the credits by REC’ing their songs first.

For you Square readers, we have a promotional code that you can enter upon signing up. Just enter in the code “hip2besquare” and you will receive a $5 credit to your account along with 5 RECs. So sign up TODAY!