On April 20th, Caribou releases his new album, Swim, onto the masses on Merge Records here in the states and City Slang in the UK and Europe (released on 19th). The first track to come out is Odessa. 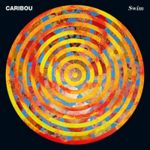 While I’m excited for many albums this year (Hot Chip, Arcade Fire, Radiohead, etc), Caribou is definitely at the top of my anticipation list. This track just fuels the fire. With his signature tribal / psychedelic undertones, this track is a killer. However, it’s more dancey then some of his other material. The drums aren’t as jittery. They’re more straight forward and don’t stray too far off the four beat reservation. There’s a real disco vibe, most notably pronounced by a treble heavy guitar riff that pops it’s head out from time to time. But there are twist and turns that keep the Caribou signature in tact. Overall this is a fantastic song and I look forward to hearing more of the album when it comes out.

While one of the biggest reasons I admire Dan is his versatility to mix complex rhythms with psychedelic melodies, I’m quite confident that if he decides to infuse dance music in this next album that he’ll take the genre by storm and show most of these kids who think they know how to create a good electronic dance album a thing or two.