The two brothers, Brad and Andrew Barr, from The Slip have put together a new outfit conveniently called The Barr Brothers. They’re currently working on a full length album due out later this year but the first song has been made available for our listening pleasure.

Beggar In The Morning Â byÂ The Barr Brothers

The song finds the two brothers playing towards their strengths, which is in my opinion a tribal, almost religious like melody and rhythm combo. This style is very reminiscent of artists like Paul Simon or U2. Although the U2 comparison is more on the religious / spiritual realm then tribal. And this particular song weighs heavier on that scale then it does on it’s African roots, which is a place that drummer Andrew spent time studying. 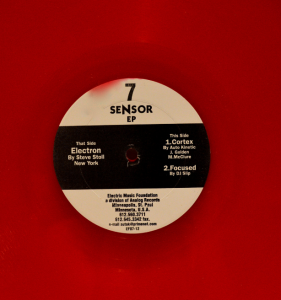 They are teamed up with a harpist, Sarah Page, who they became close friends with after both brothers moved to Montreal from Boston about five years ago. This song doesn’t tell us too much about how they’re incorporating Sarah into the music since as far as I can tell she’s not on this track. But perhaps the harp is being used with some sound effect that my untrained ear isn’t able to pick up.

As of right now their tour doesn’t bring them to Boston. The closest show will be Montreal. They’ll be opening for The Low Anthem, their Rhode Island compadres. But what is exciting news is that Surprise Me Mr. Davis, the Barr brothers other outfit besides The Slip, will be playing in Cambridge at Club Passim, one of my favorite new spots to catch music, on April 13th.