Every year there seems to be a new theme that appears in band names (i.e. wolf, diamonds or just adding a ! to your name). This post involves a classic theme that has been with us since the early days of rock n’ roll, “Black”.

New kids on the block with Black in their title are the Black Kids. These guys come from an unlikely corner of our country – Jacksonville, Florida. They’ve been getting some comparisons to bands like Arcade Fire.

Black Mountain, just released their latest album yesterday, which has been garnering a lot of critical acclaim (Pitchfork). The album is titled In The Future and includes some really awesome psych/folk/rock moments that bring back some of those late 60’s and early 70’s rock sounds. But of coarse, they’re from British Columbia so they add a little stoner flare to their tracks. One song is 16 minutes long! The new “batch” must have just came in during the recording of that tune.

I just picked it up yesterday so it’s still too early for a decent review but if you dig that rock revival sound that bands like Kings of Leon have been preaching then you’ll be into these guys. 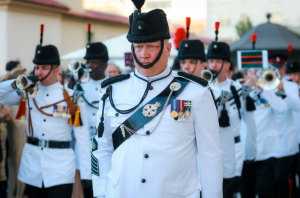 The final band is a favorite of mine and they were recently resurrected from my external hard drive (cause I still haven’t gotten an 80 gb ipod) when my friend asked one of my favorite questions, “have you heard of this band?”. The Black Keys have been rocking the duo blues rock scene since their debut album in 2002, The Big Come Up. The album I highly recommend getting is their third release, Rubber Factory.

But like any good blues rock band, it’s really their live performance that must be experienced to fully appreciate their sound. I caught them back in 2003 when they opened for Beck. My buddy and I were blown away and I’ve been a fan ever since.

While their last album, Magic Potion, didn’t floor me like Rubber Factory, it doesn’t mean they’ve dropped in quality. Many folks compare The Black Keys to The White Stripes. While both bands may have only two members, The Black Keys are way more bluesy and jam oriented.