Deerhunter is kicking off their promo campaign for their new album, Halcyon Digest, which is due out September 28th on 4AD, by asking fans to print out the promo poster (see above), placing it somewhere within their community, taking a picture of it’s placement and emailing this pic back to the group. Everyone that does this will receive a copy of the first single from the new album.

This has potential to be a great viral campaign. I’ll be watching this one very closely, not just because I love Deerhunter, but this type of promotion could or rather should be tried out by bands looking for new ways to boost their presence. 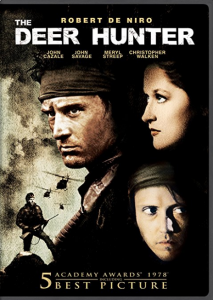 On a side note, the promo website is not the most intuitive creation. It looks cool but some folks may have a hard time understanding exactly where to download if they’re not looking closely enough. The photos in the background look like they’re hung up on a record studio wall, possibly Stax, with photos of the bands that are a part of the studio.

Looks like The Ronettes maybe in one pic? My familiarity with the bands in the photos isn’t that great, if you couldn’t tell.  Perhaps the Stepfather of Soul would have a better chance of attaching a name to a face here.  If you have an idea of who the artists are in the background, leave your thoughts in the comments. Similar to Arcade Fire, it appears that Deerhunter is teasing us with a brief 10 second snippet of the single when you visit the site.